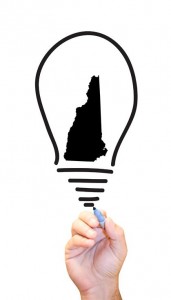 In January, Politico named the Granite state number one in the United States. Why would they choose New Hampshire?   "Politico Magazine rounded up 14 different state rankings from reputable sources like the Census Bureau, the Centers for Disease Control and Prevention, and the FBI, and on important factors such as high school graduation rates, per capita income, life expectancy and crime rate. Then we averaged out each state's 14 rankings to come up with a master list--atop which sits none other than New Hampshire. The approach isn't scientific or comprehensive (hey, neither was Mencken's), and not all states are created equal--California's economy is the world's eighth largest, for instance, and Texas's population outranks that of most countries. We also hold no grudges against the State of Mississippi, which came in last not just overall but on four of the individual lists, and certainly don't attribute its woes to "hordes of barbaric peasants," as Mencken did. But given that eight of the lowest-ranking states on our list overlap with the bottom 10 on his, maybe less has changed in the past 83 years than you'd think."

The Concord Monitor may have discovered why New Hampshire ended up on top. According to studies by the U.S. Census, the Mercatus Center, the Institute for Economics and Peace, a new Gallup poll and the Kaiser Family Foundation, here are the findings about the state of the state:

HOME-OWNERSHIP | 7TH: The home-ownership rate in New Hampshire is 72 percent.

FREEDOM | 4TH: This is determined by issues of personal freedom, government regulation and fiscal policy.

WEALTH | 7TH: New Hampshire is in the top 10 wealthiest based simply on per capita income.

2013 showed once again that Spruce Pond Estates is the most popular new home community in Windham NH.  Taninger and Mallard Road are complete and their are just two homes left available for sale. . The Jacob Road cul-de-sac is nearly sold out. Just one home remains for sale.

The Northland Road cul-de-sac which is currently offers several homes for sale. Several homes will offer scenic views and others will overlook Wilson's Pond. 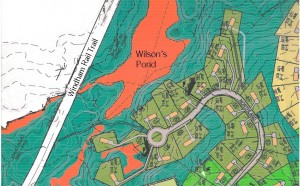 Why not stop by this Sunday from 12-3 to see what's available or talk with a representative about custom building a new home.  Spruce Pond Estates is the choice for a new home in Windham NH.