WASHINGTON (March 21, 2013) - February existing-home sales and prices affirm a healthy recovery is underway in the housing sector, according to the National Association of Realtors®. Sales have been above year-ago levels for 20 consecutive months, while prices show 12 consecutive months of year-over-year price increases.

Total existing-home sales1, which are completed transactions that include single-family homes, townhomes, condominiums and co-ops, increased 0.8 percent to a seasonally adjusted annual rate of 4.98 million in February from an upwardly revised 4.94 million in January, and are 10.2 percent above the 4.52 million-unit level seen in February 2012. February sales were at the highest level since the tax credit period of November 2009.

Lawrence Yun , NAR chief economist, said conditions for continued housing improvement are at play. "Job growth in the improving economy and pent-up demand are causing both home sales and rental leasing to rise. Though home prices are rising much faster than rents, historically low mortgage rates are still making home purchases affordable," he said. "The only headwinds are limited housing inventory, which varies greatly around the country, and credit conditions that remain too restrictive."

Total housing inventory at the end of February rose 9.6 percent to 1.94 million existing homes available for sale, which represents a 4.7-month supply 2 at the current sales pace, up from 4.3 months in January, which was the lowest supply since May 2005. Listed inventory is 19.2 percent below a year ago when there was a 6.4-month supply.

The national median existing-home price3 for all housing types was $173,600 in February, up 11.6 percent from February 2012. The last time there were 12 consecutive months of year-over-year price increases was from June 2005 to May 2006. The February gain is the strongest since November 2005 when it was 12.9 percent above a year earlier.

"A strong rise in home values is contributing to housing wealth recovery, which has risen by $1.4 trillion in the past year and looks to top that increase this year," Yun said. "The extra consumer spending arising from growth in housing wealth is expected to be $70 billion to $110 billion this year."

NAR President Gary Thomas, broker-owner of Evergreen Realty in Villa Park, Calif., said interest rates remain extraordinarily low. "In the history of mortgage interest rates since 1971, the 30-year fixed rate has been below 4 percent in only 15 months, and those have all been in the past 15 months," he said. "Even with rising home prices, affordability remains historically favorable because home prices over-corrected during the downturn. This means there is still great value for buyers in the current market."

First-time buyers accounted for 30 percent of purchases in February, unchanged from January; they were 32 percent in February 2012.

"There was an upward bump in the shares of investor and all-cash closed purchases in February. These sales result from purchase offers during the holidays when shopping activity by traditional home buyers slows, but investors, who typically pay cash, remained active," Yun said. "This is a seasonal pattern, but we're now seeing a general increase in buyer traffic, which is 25 percent above a year ago." 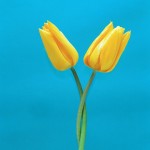 Watch out when you head out to Spruce Pond Estates in Windham. Construction activity is booming and houses are springing up on many of the new lots on Taninger and Mallard Roads. There is an unusually strong demand this year for new homes, especially with limited availability in the resale market in Windham. Buyers are snapping up homes as quickly as they can be built and in many case buyers are choosing to build custom. If you need a home quickly there are several homes up that can be ready for a quick closing. Things are moving quickly so check back to see the progress.

There is a Morrison model on the cul-de-sac that is up and ready for viewing. This is one of the most popular choices due to the fact that the home features a 3 car garage and there is the option of a 3rd floor walk-up. Buyers also like the fact that the family room is privately placed, overlooking the back yard. You'll also enjoy the convenience of a gas fireplace.  The custom kitchen is very spacious and there is also a gracious formal dining room. You'll appreciate the generous allowances and included features. $474,900

The Stark model is located on Jacob Road and enjoys a wonderful setting. The home is well placed on th

e level corner lot. The outstanding feature of this home is the great-room. What a great place to entertain family and friends or watch the big game in uncrowded comfort. Best of all the great-room is open to but separated from the kitchen by way of a half staircase. The kitchen it just great with a spacious bay-front dining area.  The master bedroom features a luxurious bath. The handsome entrance is highlight by laid-stone detailing. This home is furthest along and will be ready for occupancy the soonest. $544,900

The Hopkins model has been one of the most popular chocies for 2013. Price at just $524,900 this home has most everything that today's new home buyers are searching for. You'll enjoy the very open floorplan and the way the kitchen opens directly into the family room. Plus you'll love the conveneience of a two car attached garage. The master bedroom suite offers many possibilities and layouts to meet your exact needs.

The Edgefield is the newest model at Spruce Pond Estates. It is currently being framed on the Taninger Road cul-de-sac. it enjoys a very private and level lot. Plus the spacious family room will be the perfect

gather place for years to come. This home also features a two car attached garage. So as you can see there are many homes are and ready for your finishing touches. But if you can't find exactly what you're looking for you can always chose to custom build a new home. Rest assured that the experienced H&B Builders will make guide you every step of the way.

So put on your boots this Sunday, slosh through some snow and mud and see the perfect place in Windham NH to build your new home. There is an open house every Sunday from 12-3 where all your questions can be answered. You'll be glad you did.

Kristie Dinsmore has just listed a wonderful home with 70 feet of water frontage on Cobbett's Pond. This home features a spacious living room with fireplace and bay window overlooking the lake. There is also a great-room over the two car attached garage. Master bedroom with bath also offers lake views. Plus their is a great sunroom right on the water's edge. Don't hesitate. Waterfront homes on Cobbetts Pond are hard to find. Call Kristie at 603-548-7230 for more information or a showing.