The New Hampshire Association of Realtors has just released the NH Real Estate market data for 2014.

Sales volume, meaning the total dollars exchanged in those residential transactions, was a robust 5 percent higher in 2014 than the prior year.

"If 2012 was the year of cautions optimism and 2013 was the year that optimism came to fruition, I think it’s safe to call 2014 the year of stabilization," said NHAR President Maxine Goodhue, an 18-year veteran of the real estate industry. "We’re working within the parameters of a recovered real estate market."

Median price is still significantly below the 2005 peak of $270,000, but what that has meant for the last several years is the ability for buyers who might otherwise be priced out of the market to purchase homes.

"We don’t want everything to immediately return to those levels of 10 or 12 years ago," Goodhue said. "What got us there in the first place was unsustainable growth, and we saw what happened as a result of that growth. We’re slowly, consistently moving back in the right direction, so I’ll take that as a good sign."

And months’ supply, which measures the number of months it would take to sell off the current inventory of homes at the average pace of sales of the last 12 months, decreased by 12 percent in December, from 8.2 (in 2013) to 7.2 months (in 2014). Typically, months’ supply between 6 and 8 percent is considered a balanced market, with higher supply pointing to a buyers’ market and less supply to a sellers’ market.

Another sign of the times was in new listings, which was better than 8 percent ahead of the previous year in December. 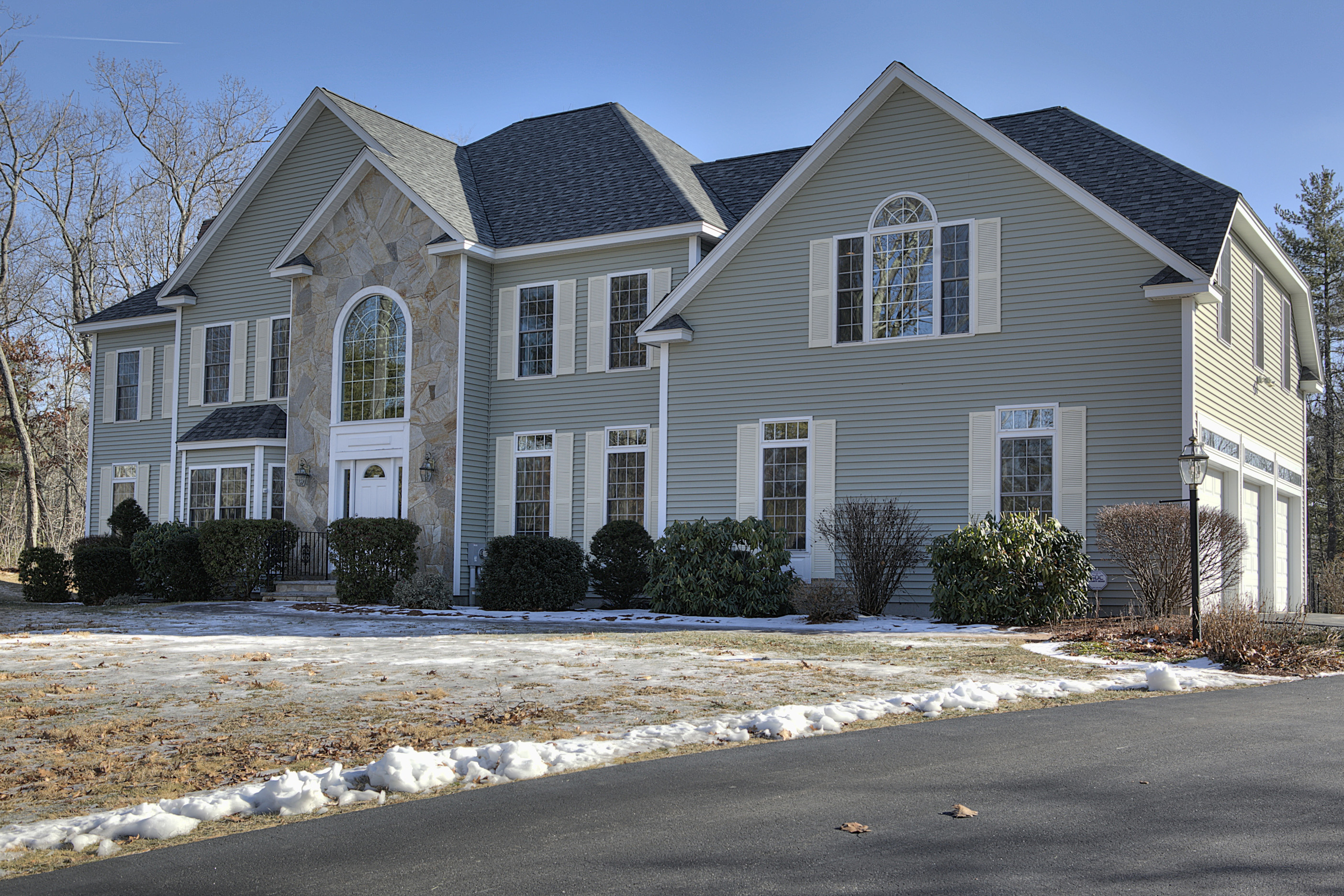 This contemporary home in Windham NH is a bold rejection of the New England Colonial and offers an incredible private setting, with long driveway in a desirable cul-de-sac neighborhood. There are many ways to enjoy the changing seasons with a gorgeous sunroom and a spacious screened porch. The interior features soaring vaulted ceilings and sunswept living space. Great Value at $359,900

Set privately at the end of a long driveway, you’ll discover a sensational home that is just loaded with designer upgrades and amenities. Greet friends and family in the spacious entrance hall with its double closet and gleaming hardwood floors. Pass through a pair of French doors into the spacious living room with hardwoods, crown moldings and sweeping bay-front window. Pass though another set of French doors into the designated formal dining-room, with hardwoods and custom built-in hutch or continue to use the space for other purposes. A designer’s hand is seen thoughout the elegant custom kitchen. Enjoy gorgeous custom cabinets, the richness of hardwoods, granite counters, china cabinet and thoughtful touches such as pot filler spout above the cook-top. Plus there is a bay window overlooking the back yard. The kitchen will be the gathering spot of the home, opening as it does, directly into the family room with hardwoods, masonry fireplace with gas log and beautiful custom cabinets. The mudroom area features a sensational pantry with beautiful cabinets, storage areas and a powder room that is  tucked off the hall.  The first floor is completed by two spacious bedrooms and a full bath with beautiful details including granite counters.

The master bedroom suite features a luxurious bath. Enjoy ceramic tile flooring is warmed by radiant heat and watch the snow falling, through the picture window, from a private spa bath. There is an incredible double head, shower with distinctive glass block windows, handsome double vanity with dressing area, separate enclosed commode, the decadence of heated towel warmers and even a fridge. The spacious walk-in closet offers an abundance of built-ins and organizers. Also on the second floor is a charming bedroom with hardwoods and dressing area including unique closets with built-ins. The main bath features a beautiful tub and a whimsical dolphin water spout. There is also a second floor laundry with more custom built ins.

The back yard is level and is highlighted by a recently refinished deck with A/G pool and a large fenced in play or pet area. 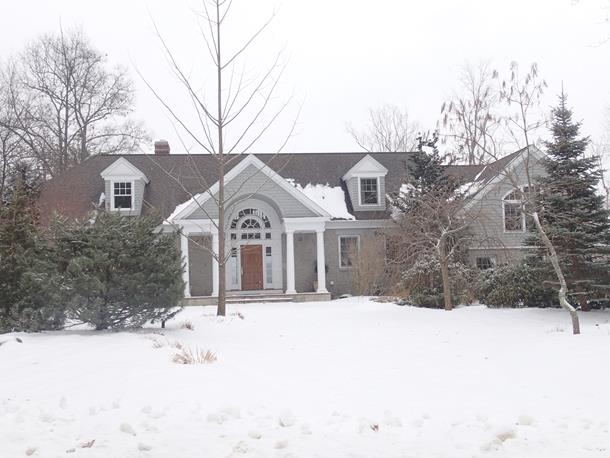 Windham NH- Debbie St. Jean, a sales professional with our office, participated in the sale of this waterfront property at 42 Woodvue Road. Debbie represented the buyers as a buyer's agent. Debbie is no stranger to Canobie Lake real estate sales having been the listing agent for a beautiful waterfront home on West Shore Road. The property sold for $995,000. If you are looking to buy or sell a waterfront property in Windham NH, let Debbie put her experience to work for you. You can reach her at 603-505-1099 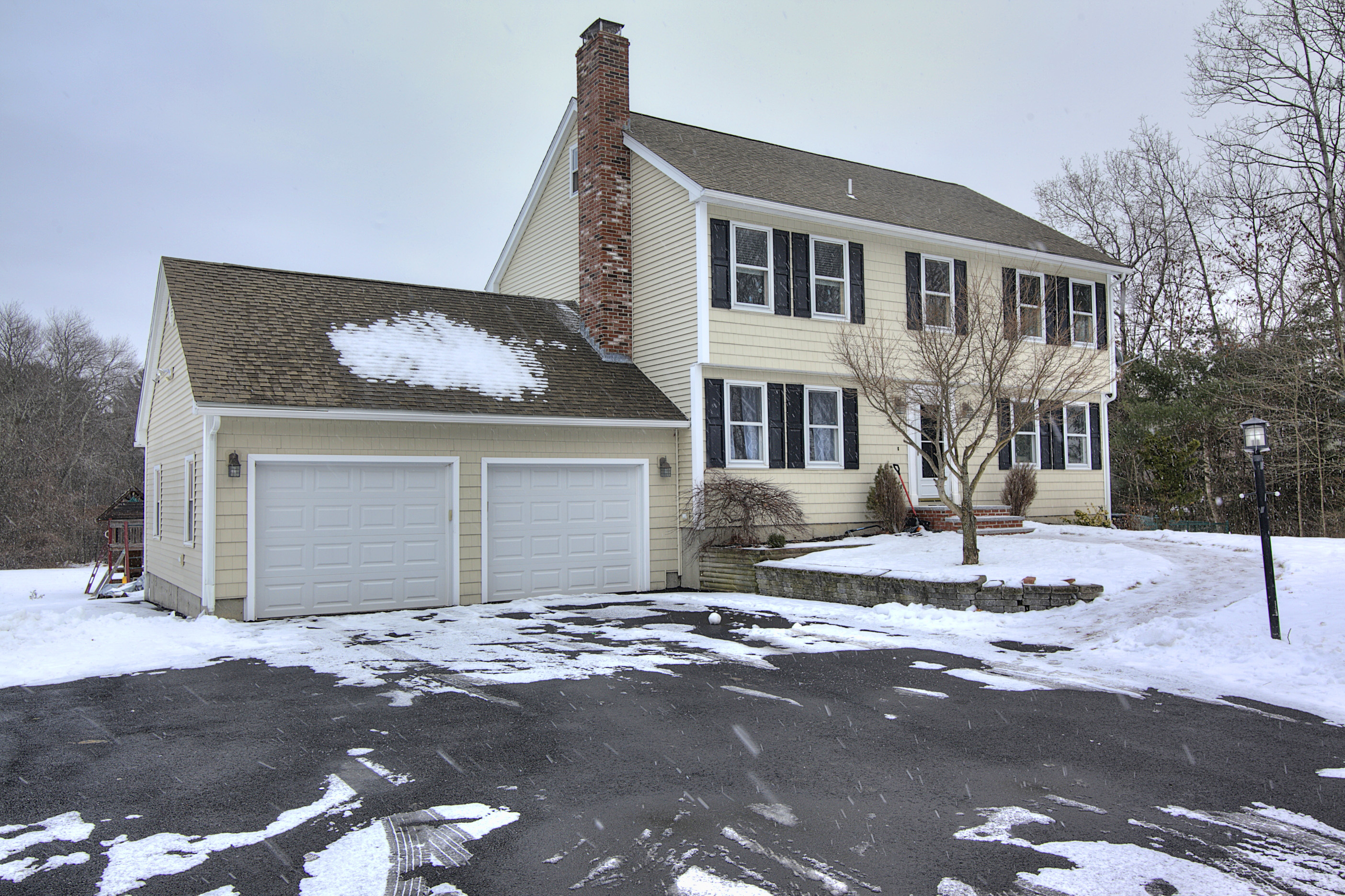 WINDHAM NH: As you drive down the winding driveway, past an ancient stone wall and a thicket of hardwood trees, you glimpse the property that is about to become the backdrop for your life. Outdoor living will be the hallmark with the “L” shaped in-ground pool, cabana and screen house, with open fields beckoning beyond.  There is an awesome wrap around deck and thoughtful accommodation and fencing for pets. The house itself is a classic colonial that has seen many recent updates including remodeled kitchen and baths, hardwoods and central air. The first floor features a spacious family room with brick fireplace/hearth with gleaming hardwoods that opens to a recently remodeled kitchen. The kitchen features and abundance of cabinets, tiled backsplash, tile floors and breakfast area with bay window that takes in the expansive view. There is also a formal living room with boxed bay window. Formal dining room with hardwood floors and French doors opening to the wrap-around deck. Plus the convenience of a half bath and laundry just off the mudroom. You’ll enjoy the bright and airy sun-room that features vaulted ceilings, tile and electric heat. The second floor features hardwood flooring and an updated full bath. The master suite offers private, recently updated  3/4 bath and double closets. Three additional bedrooms with hardwoods complete the second floor. The third floor features a two suite which offers bonus space for a variety of purposes. Finally, there is an attached two car garage and generator hook-up. 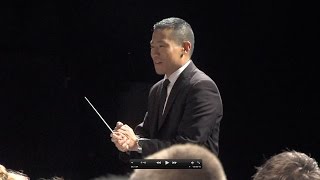 Are you the parent of a musically talented child? Windham High School, in Windham NH, has a wonderful music program under the direction of Jared Cassedy. Check out the following video to get an inside look.  Jared had been nominated for a grammy for best high school band director in the nation.

Do you want to know more about Windham High School in Windham NH? This recent video gives a nice overview of what this wonderful learning community is all about.

ALL IN: Introduction to Windham High School 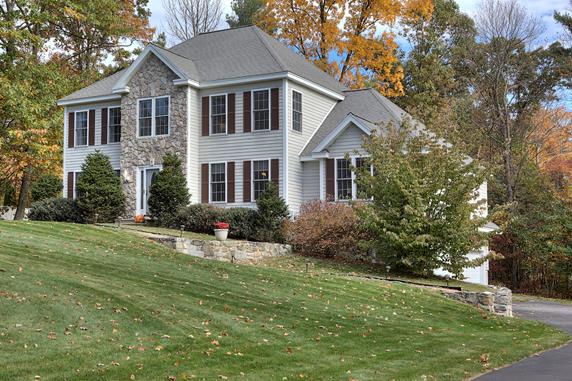 Pelham NH is a beautiful border community that offers upscale subdivisions with scenic vistas and country side views. Pelham actually has some of the most beautiful scenery in southern NH and a wonderful location for commuting. As real estate professionals, we see the real estate market in this community as being one of the best opportunities in southern NH. Why? Over the past decade, Pelham has had an issue with their high school. It was sorely in need of expanding and upgrading with no resolution. This year Pelham High School is finally being remodelled for 22.6 million dollars with a 42,000 Sq. Ft addition. For more information here is a recent article from the Eagle Tribune. And Here. And Pelham High School Information here.

The quality of the local schools are one of the driving forces behind local real estate values and with a solution to the high school issue in Pelham, NH, the reputation of the school district as a whole will improve. It is our opinion that this will effect Pelham NH home values in postive ways.

Nobody can predict the future, but past trends and the prospect of a beautiful new Pelham High School, make the future look bright. There are many, very affordable luxury homes, in gorgoeus subdivisions, as well as new construction currently available in Pelham NH.

You can search for a home in Pelham NH now by clicking here.

The Pelham NH house pictured above was sold by Prudential Dinsmore on December 19, 2014. It sold for $399,900, full price, after being on the market for just 4 days.

This representation is based in whole or in part on data supplied by the Multiple Listing Service of the Granite State South Board of REALTORS, Inc. Neither the board or its M.L.S. guarantees or is in any way responsible for its accuracy. Data maintained by the Board or its M.L.S. may not reflect all activity in the market.

2014 was another excellent year for Home Sales in Windham.

2014 was another strong year for the sale of single family homes, which were up slightly to 217. The average sales price was up 3.35% from 2013. Days on the market dropped by 20% and the list to sales price ratio decreased. Keep in mind the list price to sale price ratio can be effected by new construction where selling price can be higher than list price. Days on market also took a significant decline.

2014 was another excellent year for real estate sales, with properties priced to market, selling in a short amount of time. It also was a year of firsts, being the first time ever, that a home has sold for more than $2,000,000 in Windham, in the GSSBR MLS. 4 Newbury Road was a milestone sale at $2,350,000.

Condominium Prices are Rising in Windham NH during 2014.

Southern NH Home Sale Statitistics for 2014 are presented below:

This representation is based in whole or in part on data supplied by the Multiple Listing Service of the Granite State South Board of REALTORS, Inc. Neither the board or its M.L.S. guarantees or is in any way responsible for its accuracy. Data maintained by the Board or its M.L.S. may not reflect all activity in the market.