1990 was an interesting year for real estate in Windham NH. In fact, it was a terrible time for real estate. The stock market crash in 1987 had done a number on the New Hampshire economy. Five largest NH banks all went bankrupt. There were scandals involving developers, bankers and realtors, involving wrap-around loans. Essentially, wraparound loans involved an undisclosed second mortgage that allowed home-buyers to finance 100% of the purchase, a novelty at the time. Brokers and Bankers actually went to jail. Learning nothing, 100%, no-doc loans would become standard practice in the next real estate boom, but nobody ended up going to jail then.

One other interesting thing about 1990. There were no real estate listings to be found online by consumers. If you wanted to buy a house, you found a real estate office, walked in, the sales person would tell you face to face what was available on the market, and then take you to see them. The MLS listings were all to be found in a printed book or on a computer with only the sales person having access to the information. So here you have some of the sales Prudential Dinsmore Associates, participated in during 1990, in all their smudged ink glory. 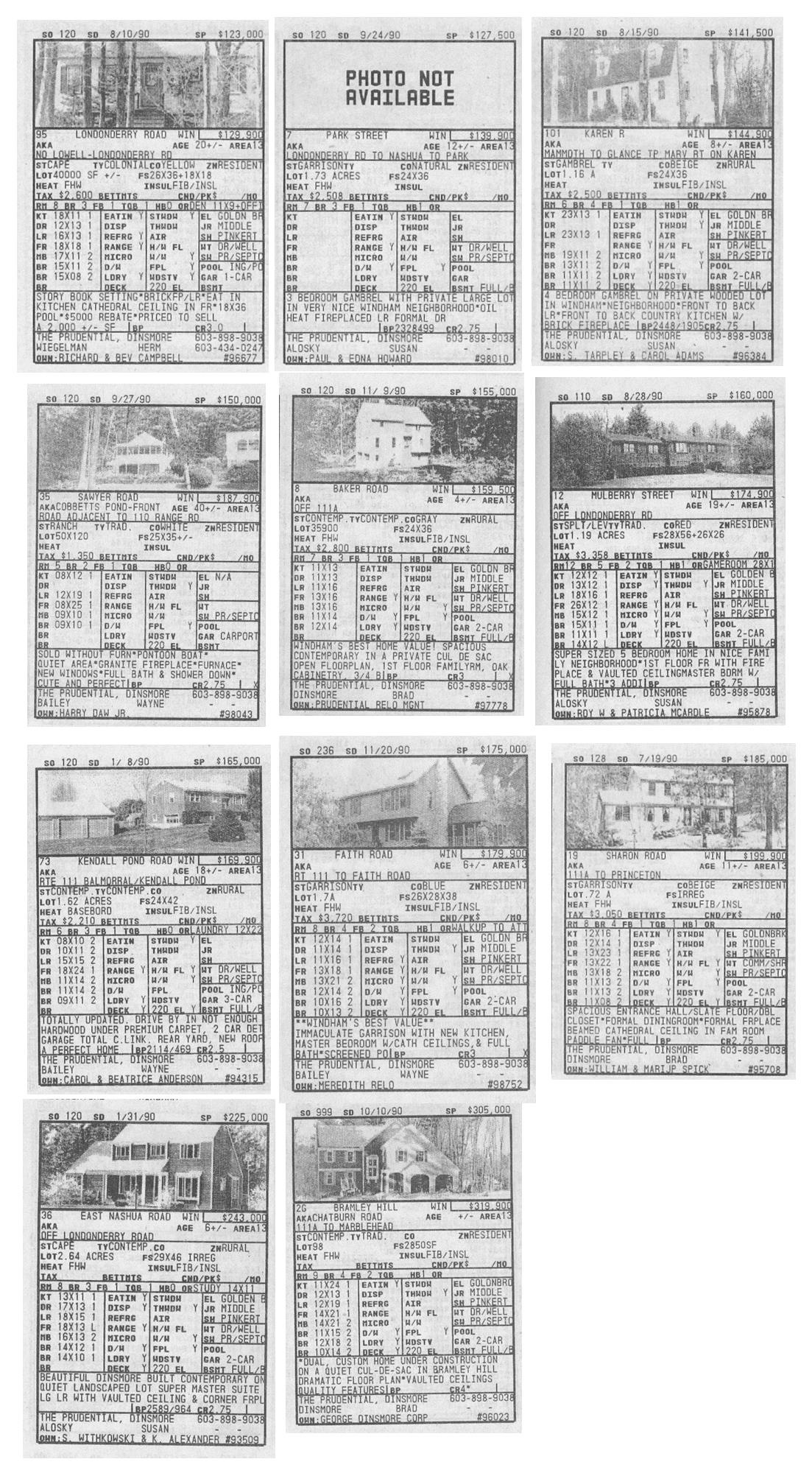