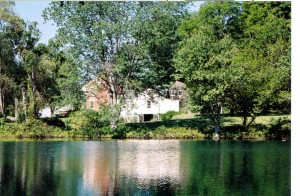 Dispatch from Salem NH: The outsiders who come to Salem for what they want and then leave might think they know the town.  Salem is much more than just strip malls and tax free shopping along Route 28, horse racing at Rockingham Park, a summer afternoon of amusement park rides at Canobie Lake, or a summer solstice experience at Mystery Hill. The people who actually call Salem home know that it is a place where lasting friendships are made in the neighborhoods around town.

I have to admit that I am not a Salem resident BUT my family was always closely associated with the town. For thirty years, my parents built a large number of homes in town on Mason Drive and in the Samoset Drive area. I graduated from Salem High School in 1975. The Blue Devils were a force to be reckoned with then as they still are now. I graduated with Billy Hagen who with his brothers contributed a lot to the Blue Devils success in the seventies. He is now the principal of the high school.  For many years Windham students have attended Salem High School but this tradition will all be phased out soon with the opening of Windham High School.  Gov. John Sununu was a prominent, long time resident of town and all of his children attended Salem NH schools and Salem High School.

Once you get off the main thoroughfares in Salem NH you'll find a town of quiet neighborhoods. North Salem is a more rural area. The lots are larger and the homes are more spread out in the subdivisions.  Arlington Pond is located here and offers a chance for waterfront living. Mystery Hill  "America's

Stonehenge" is also located in North Salem NH and is a "quiet" tourist attraction. Nobody is quite sure how all the piles of rock came to be here and there are fierce debates over the origins of the place. In my humble opinion, the best explanation is that the "Culdee"  (which means companions of God) monks who were fleeing the Vikings, travelled from Scotland and Ireland to North America. Their ancient stone ruins are found throughout New England including over 250 stone beehive huts. Others are free to disagree. Also in North Salem, the Town Forest with nearly 4 miles of trails is one of the best kept secrets in the community. 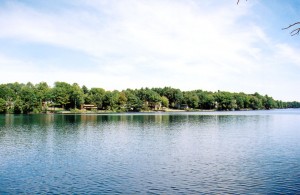 Canobie Lake is also located in Salem NH. The residents who live here enjoy the quiet ambiance that can only be found with lakeside living. Canobie Lake, unlike her more active sister lake Cobbett's Pond, boasts a nesting pair of loons. Of course, residents share the lake with Canobie Lake Park in the summer months. Along the shore you can find the massive stone remains of Searles Estate where it is said the local ministers used to preach to people in boats. Canobie is a wide and open lake that offers beautiful views from the homes along it shores. The best view is travelling along North Policy Street. For most of it's life this lake was know as Policy Pond but Windham residents and railroad officials had the name changed to Canobie in the 1880's.

Salem residents have always been actively involved with the community. The Salem Boys and Girls Club offers a beautiful facility that is the result of hard work and donations from local businesses and citizens. Salem property taxes are supported by a broad base of commercial real estate. There is a budget committee that is actively involved in overseeing town spending. 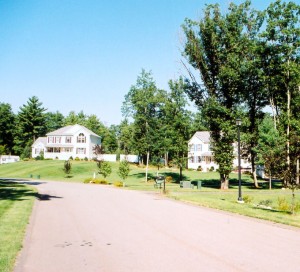 If you're looking for homes in Salem New Hampshire there is a wide variety available for sale. There are many neighborhoods where well cared for splits, ranches and capes can be found and then there are very exclusive and upscale neighborhoods.

You can read a complete profile on Salem New Hampshire at PrudentialDinsmore.com which includes links to just about everything you want to know including detailed Salem NH school information.